A Century of Extraordinary

The history of Twin Hills dates back to 1920 when five oilmen (Al Maidt, Bob Conliff, Gus Mattison, Leslie Norris, and Bill Buchholz) commissioned Perry Maxwell to design and build the course on its present 160-acre site. Soon after completing the course, these founders sold the course to the Dorset Carter family.

It is believed that Dorset Carter purchased the club in 1921 for his son, Keefe Carter. Keefe was an accomplished golfer. In fact, he won the prestigious Western Open in 1925.

This Daily Oklahoman newspaper account, published on August 7, 1921, describes the early plans for the clubhouse that is still in use today:

Plans for the new Twin Hills clubhouse have been received by Keefe Carter, owner of the club, and work will start as soon as the new ninth green is ready for play. This is necessary as the clubhouse will be located on the point where [the] ninth green now stands.

Much time has been taken in planning the clubhouse so as to give the Twin Hills golfers what they want in the way of an up-to-date clubhouse. [The] building will be constructed of native stone. Cost is estimated at about $40,000.

Carter said [the] professional's shop will be located on the first floor, along with the locker and shower room. [The] New clubhouse will have locker facilities for 240 players with eight showers.

The official founding date of Twin Hills is 1923. This date coincides with the date the clubhouse was completed.

The club was officially incorporated as member-owned in 1946. 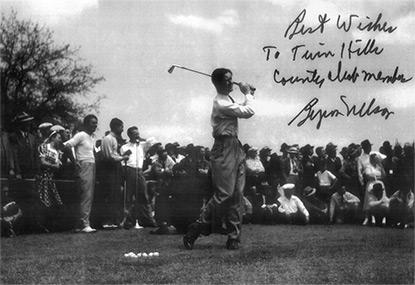 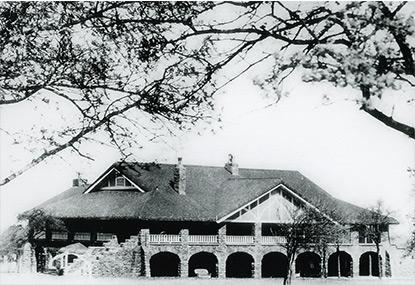 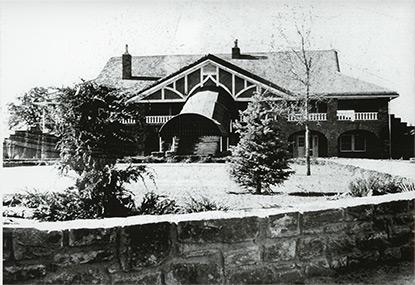 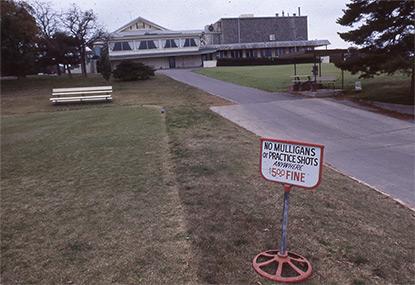