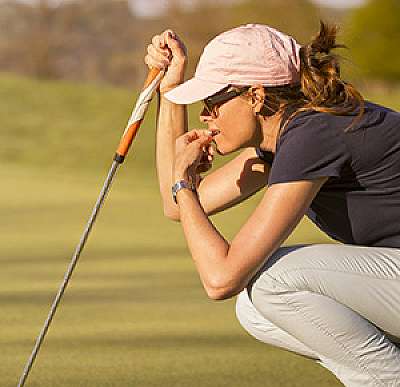 The winter has been very good for Doug Perry. The reigning OGA Senior Stroke Play Champion has had a very productive winter. On Friday, December 4, Doug made a hole in one on hole #7, holing out with a 6-iron. His playing partners were Barney Horrigan, Bill Spielberger, Russell Vestal, and Larry Hawkins. Ten weeks later, this time in the company of Bill Spielberger, Lanny Henderson, Ronnie Lawson, and Larry Griffin, Doug got to hole #14, pulled the same 6-iron and knocked it in the hole again. Sounds like if Doug has a 6-iron with Bill Spielberger on a Friday, look out!